In this 4 Days & 3 Nights Tour From Marrakech to Merzouga you will cross Tizi n’Tichka in the High Atlas mountains. You will pass through the breathtaking landscapes of the Dades Valley and its impressive Gorges. In the desert, you will experience a night camel trek in Merzouga, have a cup pf tea with a nomad family, visit Ouarzazate and its studios, and explore the Kasbah Ait Ben Haddou which is declared as a UNESCO World Heritage Site.

We’ll start by heading to the world-renowned Kasbahs at Ait Ben Haddou, now a UNESCO World Heritage site, then move on to the city of Ouarzazate where you’ll marvel at the “Hollywood” film set locations. From Ouarzazate we’ll travel through the magnificent Draa Valley, and by late afternoon we’ll arrive in Zagora.

But the fun still hasn’t really started, because now we’ll be taking a 90-minute camel ride to our secluded Berber desert camp where we’ll spend the night. This will be an evening to remember, as we sit around a bonfire enjoying a beautiful Moroccan meal, before retiring for the night to our Berber tent. Perhaps you’ll choose to sleep out under the magnificent starry skies!

In the morning you’ll awaken to a traditional nomad breakfast and enjoy an unbelievable desert sunrise. Then, we’re back on our camels for a trek back to Zagora. From Zagora we’ll head back to Ouarzazate, often known as the Gateway to the Desert, where we’ll change vehicles ready for the next exciting leg of our adventure.

We’ll enjoy a leisurely lunch in Ourzazate, then proceed on to the beautiful Dades Valley. The photographic opportunities here are endless, with the picturesque winding roads, steep cliffs, and beautiful river deltas.

Make sure your cameras are charged and ready, because today is the day we’ll be exploring more of Dades Valley, then moving on to the simply stunning Todra Gorge. You’ll be guided around the gorge by a local guide, which is included in your tour price. Lunch can be enjoyed at any of the cafes on the way to Merzouga, which will be our next port of call. At Merzouga you’ll have another opportunity to experience camel trekking and sleeping under the stars at our secluded Berber camp somewhere in the Erg Chebbi sand dunes.

On the outskirts of Merzouga on day three we’ll camel-trek across the Erg Chebbi sand dunes, and it’s here you’ll experience the most unbelievable sunrise and sunset. The undulating, windswept sand dunes provide a natural environment for camel caravans, which effortlessly and gracefully negotiate this arid terrain. Tonight, the final night of your Marrakesh to Zagora desert tour, you’ll have another opportunity to enjoy a typical Moroccan meal and the opportunity to sleep either under the stars or in a Berber tent.

After a leisurely breakfast at our Berber camp we’ll again mount our camels for the return trip to Merzouga. Today we’ll further explore the Draa Valley, the city of Ouarzazate, and experience travelling through the stunning Atlas Mountains as we head back to Marrakesh. We expect to have you back at your hotel in Marrakesh sometime between 7 pm and 8 pm.

from Ouarzazate to ‘the red city of Morocco’, Marrakech. First, we will drive to the Kasbah of Ait Ben Haddou that is a UNESCO world heritage site. This fortified village is a famous Kasbah not only locally but also globally for it serves as the setting for many international films such, Gladiator, Prince of Arabia, the Mummy and so many others. As we explore the Kasbah, we will head to Marrakech vie Tizi n Tichka mountain pass which reaches more than 2260m. Late in the evening, we will reach Marrakech.

MEDINA OF MARRAKECH Marrakech is a city located in the center of Morocco, inland, at the foot of the Atlas Mountains. It is nicknamed the “red city” or the “ocher city” in reference to the red color of a large part of its buildings and its houses. The city was founded in 1071 by Youssef Read more 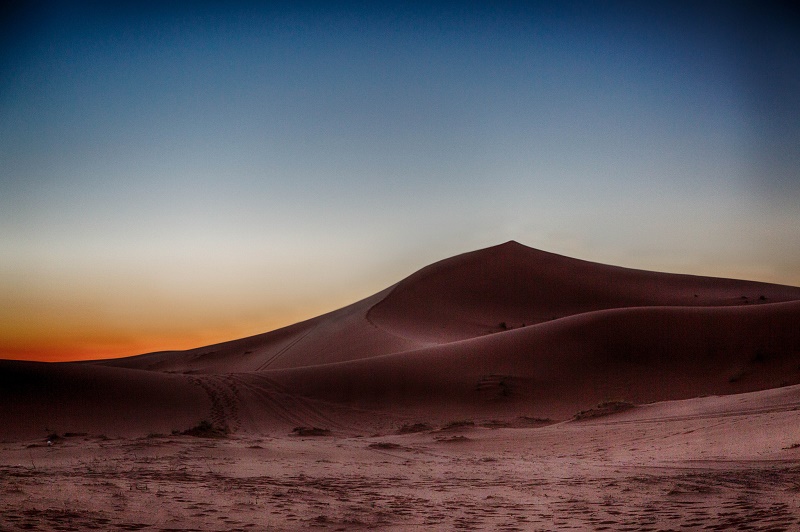 Sahara Desert The Sahara Desert is the world’s largest desert. Only a small part of the Sahara is fertile and it is here that corn, dates and other fruits grow. These parts are fed by underground rivers and oases. The Sahara can be an inspirational experience at night with the air being crisp clean and Read more 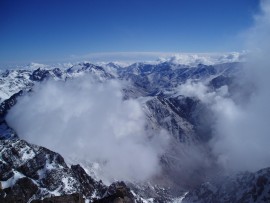 Atlas Mountains The Atlas Mountains (Arabic: جبال الأطلس‎, jibāl al-ʾaṭlas; Berber languages: ⵉⴷⵓⵔⴰⵔ ⵏ ⵡⴰⵟⵍⴰⵙ, idurar n waṭlas) are a mountain range in the Maghreb. It stretches around 2,500 km (1,600 mi) through Morocco, Algeria and Tunisia. The range’s highest peak is Toubkal, with an elevation of 4,167 metres (13,671 ft) in southwestern Morocco. It Read more

Select your trek date using the calendar below to book this trek.

Please select number of adults and children checking into the trek using the controls you see below.

The summary of your trek booking is shown below.