The Atlas Mountains (Arabic: جبال الأطلس‎, jibāl al-ʾaṭlas; Berber languages: ⵉⴷⵓⵔⴰⵔ ⵏ ⵡⴰⵟⵍⴰⵙ, idurar n waṭlas) are a mountain range in the Maghreb. It stretches around 2,500 km (1,600 mi) through Morocco, Algeria and Tunisia. The range’s highest peak is Toubkal, with an elevation of 4,167 metres (13,671 ft) in southwestern Morocco. It separates the Mediterranean and Atlantic coastlines from the Sahara Desert.

The mountains are home to a number of plant and animal species unique in Africa, often more like those of Europe. Many of them are endangered and some have already gone extinct. Examples include the

The Berbers are the original inhabitants of these vast mountains and their civilization reaches back more than eight millennia. Their traditional flat-roofed homes, made from packed stone and earth, seem to have grown from the mountains themselves. They make a living farming and herding livestock, using age-old techniques to live in the fertile valleys between the forbidding slopes.

The modern world has little impact on the villages that cling to the rocky slopes. When you visit, you’ll see a way of life that’s largely unchanged over thousands of years. Because their lives are so closely tied to the mountains, Berbers are respectful of the land. This sustainable attitude translates even to the hotels that have sprung up in the past few decades, ecolodges designed to limit their footprint on the rugged, but delicate, landscape

Things to do in the Atlas Mountains 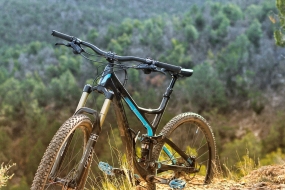 you’re exploring the ruins of Volubilis, strolling through the streets
of an ancient medina, shopping for spices in a centuries-old souk, or
following a chain of pack mules up to a remote Berber village, you can’t
escape the power of Moroccan history. In the valleys of the High Atlas,
the descendants of the country’s original nomadic inhabitants still
live in a remarkably similar style to their ancient ancestors.
Architecture in urban areas often carries traces of the Roman and
Islamic occupations that helped shape modern Morocco.

The country’s history is tied up with the story of the Berber tribes,
who repelled the Ancient Roman colonialists with a campaign of
harassment, and later survived through a cycle of rising and falling
Islamic dynasties. The largely Berber Istiqlal (independence) party
aggressively contested the brief French occupation of Morocco during the
early 20th century and control was eventually ceded to a line of
Moroccan kings. Throughout the latter part of the century borrowing,
corruption, poverty, and civil discontent took their toll.

Since King Mohammed VI was enthroned in 1999, however, Morocco has
instituted sweeping political and economic changes. Poverty is still
widespread and unemployment high, but initiatives to attract foreign
investment and tourism are bringing new opportunities.

The human rights record is markedly improved and today ranks among
the cleanest across Africa and the Middle East. Women have benefitted
from education initiatives, a new legal code that protects their rights
to both divorce and custody, and new protections for Berber (Amazigh)
culture including the introduction of Tamazight (written Berber) in
schools.

The country’s first municipal elections in 2002 were hailed as a step
towards democratisation, but Islamist and other political factions are
closely monitored, as are news media. Further progress was made during
the Arab Spring, which saw thousands of protestors take to the streets
of Rabat, Casablanca, Tangier, and Marrakech to demand a new
constitution and a change in government. Their peaceful tactics paid off
and in spring 2011, the King announced his intention to stamp out
corruption and reform the constitution. Immediate changes included
handing more executive authority to the prime minister and parliament
and making Berber an official national language alongside Arabic.

marrakech, Jemaa el-Fnaa, Atlas mountains
3 days Biking Trip from Marrakech to ourika valley Our Biking trip from  Marrakech is the best opportunity to get out of More info
Book now

7 Days Biking and hiking Trip In Djebel Of Siroua morocco

MTB THROUGH THE HIGH ATLAS FROM MARRAKECH 9 DAYS

Trekking through the High Atlas of Morocco 4 Days

6 days hike between the dunes of Chegaga

6 days hike between the dunes of Chegaga In addition, in the great south of Morocco, there are two l More info
Book now

Big traverse of the High Atlas mountains from Mguon to Toubkal

discover the moroccan desert and atlas mountains (7 days) During this 7 days trip to the desert, you More info
Book now

The roses valley and the southern morocco

The roses valley and the southern morocco. The Rose valley is well-known for its innumerable Kasbahs More info
Book now